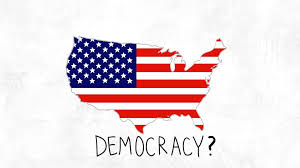 With the Federal budget especially, but also state and local, if Citizens could pick and choose which social programs they want to pay for and how much they want to contribute to each one, it would at least give us some semblance of a democracy.

Look, there is no one greater than I that fears the voting majority because they are not being educated and there is no reason for the ruling class to educate them, and actually just the opposite. The stupider the voters are the more they can be taken advantage of.

Can you imagine politicians having to actually prove to the voters that a war is needed with the citizens getting to decide if the truth is really being told to us? Would we have engaged in Desert Storm or Syria?

We have the technology to do this, it’s the political will I am worried about. These putzes can’t even get a simple 1 man 1 vote election correct. That’s because sadly we have the inmates running the asylum; oh right, we’re calling it a swamp now. Elon Musk and SpaceX can send rockets into space and land them safely, and we can get a friggin computer system to count the votes correctly?

This site uses Akismet to reduce spam. Learn how your comment data is processed.