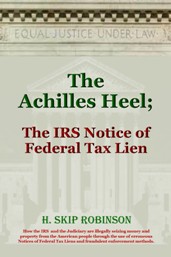 My discoveries on this issue often plague me as I try to provide them to others, knowing that most will discount them as either “moot”, potentially dangerous to my liberty and somehow, but I don’t know why, theirs, or just a waste of time.

But when you discover a fraud or illegal activities being perpetrated by those in positions of power, is it not our duty to blow the proverbial whistle. To at least make others aware of the unlawful activities.

How about if the actions are so grandiose in their scope and effect, it would have profound implications for our society. How about if it affects our society to the tune of some $1.8 trillion annually. The middle class is being wiped out and we wonder why?

What I discovered can be presented as two separate but contiguous issues. 1. That the government will always refuse to answer two basic questions if you ask them. I’ve tried five different ways, including filing suit again the United States and submitting various  Freedom of Infomation Act requests to get them to answer these questions. The Federal Court even refused to force them to answer and the Supreme Court of the United States refused to hear the appeal, so this is no small matter. Of course, if they won’t answer these two basic questions, there is little chance of them telling you why and of course they never have.

Question 1. “What is the name of the Congressional Act that requires Citizens of the 50 States to pay a Federal Individual Income Tax on their labor when acting in their personal capacity as a private Citizen” and 2. “When was this Act passed into law?” These appear to be pretty straight-forward and critically important questions, right?

So this led me to my second discovery.  I kept asking myself, “why wouldn’t they answer these two important questions”. That prompted me to take a much closer look at all the documents I and others had received from the IRS over the years. Low and behold, not one single document I and others had received, had the Law I had been requesting on it. You thought the proverbial red flag right; actually, I was seeing a white flag in the hands of the IRS Commissioner and his agents but that’s more a fantasy than a reality for now.  It get’s even better. One of the last things I checked was the IRS Notice of Federal Tax Lien (NFTL) that are being filed at the county court levels and the underlying Federal Tax Liens, supporting the filing of the NFTL, as a notice to achieve priority.

Nope, the Law or Statute showing the Act was not on them either. Now here’s the kicker. The law or Statute it represents must be noted on them to be valid as enforceable liens. According to both Federal Statute and Treasury Regulations, the exact phrase for the statute that must be noted on the lien for it to be a valid lien is, “the tax liability giving rise to the lien.” Obviously, all Taxation, for it to be lawful, must be adopted via a government Statute that is lawfully enacted by our legislative bodies, either local, State or at the Federal level. In other words, a government agency just can’t create a tax and be able to enforce it, without it first being properly promulgated through the legislative process and enactment.

So where’s the Legislative Act? Beats me and the Government won’t provide it. FYI: There were well over 2,000 people who participated in the lawsuit.

So, I simply placed some of the Liens I had researched in my book and then just cut and pasted the various elements noted on the liens. So it was pretty easy to provide the evidence for my contention. I take you through it step by step showing each element and the actual text I cut and pasted so you can read and understand it for yourself. I wanted a sophomore in high school to be able to understand it and I think I reached my goal.

Do you want to stop the constant wars and corruption permeating our society or not? In 1950 the entire Federal annual Budget was only $314 billion, surely they can do it now without the Federal Individual Income Tax because they’re still collecting through a plethora of other taxes and regulatory fees, over $1.2 trillion annually. The governments going to bitch and moan, but the waste, earmarks, and pork, if cut, would easily handle most of the cost reduction. That’s what the swamp really is. It’s not necessarily people although there is surely a lot of deadwood and redundancy that could be cut. 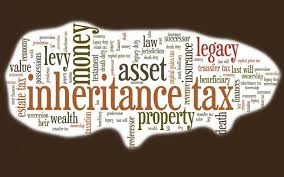 The reason some people don’t like to pay taxes has nothing to do with greed. It’s principle. They don’t like the government stealing the Citizens money and giving the money out to the largest campaign contributors, friends or family. Many call our system crony capitalism for a reason.

With 1 in 5 working people working for the government, not including the plethora of government contractors, do you recognize the economic problem? This ratio mathematically is not physically or economically sustainable and why both publically and privately we have amassed more debt then we can afford to pay back. Hense the number of bankruptcies and foreclosures over the last 25 years.

Additionally, arguing over inheritance taxes at this point is financially meaningless. It’s too easy for the super wealthy, whom I think some are referring to, to do a plethora of things to protect their assets. i.e. a Living Trust. Simply by placing all your assets in a trust, as the Walton (Wallmart) family did, the successor Trustee became the new manager, upon the father’s death, All the assets remained in trust and thus no taxable event occurred. Whereas with Joe Robbie, the former owner of the Miami Dolphins died, the estate taxes were so high, his children had to sell the team and stadium in order to pay the taxes due because they did not place all the asset in Trust for estate planning purposes. Even though the children had spent years helping their father run the business, they literally lost it all to inheritance taxation. Whereas, the Rockefellas reportedly have over 100 Trusts and have had them for decades for a reason and they have maintained their wealth over generations.

So, why not close up the Trust laws so at least some inheritance taxes are paid? Now here’s the part I want everyone to pay attention to carefully. Because the target of this type tax would simply do something else, to get around it. They’ll sell and move if necessary. Why do you think so many of the multinational corporations have moved their holding companies to Panama? Could it be because of the tax-exempt status? Additionally, you’re not going to beat the super wealthy at the political game they dominate and this is a historical truth going back well over 3,000 years.

Democracy you say. You can’t even get the typical voters to read a legislative bill, much less understand all the complexities. The average voter has no idea what is and isn’t being passed because it is so complex and manipulated by the wealthy. Add in all the faux commentary and we have America with the majority getting screwed as history has shown throughout the ages. Have you ever tried reading a Supreme Court decision in a tax case?

It called going Gult in the book Atlas Shrugged. It’s when the wealthy sell off all their assets, shut down their businesses and move somewhere else, where nobody wants to steal so much their money. That’s one of the reasons so many factories have shut down; 42,000 in just the last 15 years and much more before that.

I did not become a libertarian because I haven’t done my homework or looked at our society realistically. The only way to fight city hall is to either abolish it through a tax rebellion or wait until it collapses, as they all do, under their own corruption and economic failure. The latter is obviously the much more realistic, but it is also the much more undesirable and why libertarians embrace less government, hoping enough people will see the light before it goes dark, and it can, as history shows, really get dark. 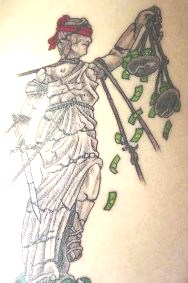